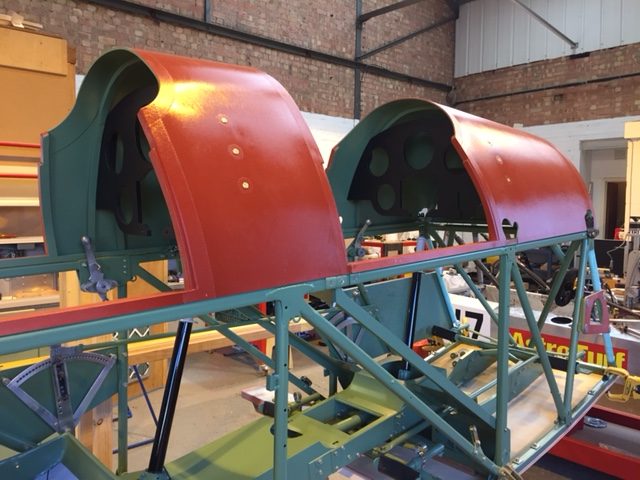 Restoration Update No 9. The latest update on the restoration of the Aero Legends DH82A Tiger Moth G-ANDE

The undercarriage has been finished in final colour and assembled ready to be trial fitted.

During the next month the Instrument panels will be complete, the under carriage will be trial fitted and the Fuselage will be covered.

During September 2007 G-ANDE was damaged in a forced landing near Redhill when it hit a hay bale. The aircraft was then stored until acquired by the owner of Aero Legends during early 2014. A decision was made to rebuild the aircraft with an expected completion date in 2018. It will be finished in wartime R.A.F. camouflage and join the Aero Legends fleet after completion.