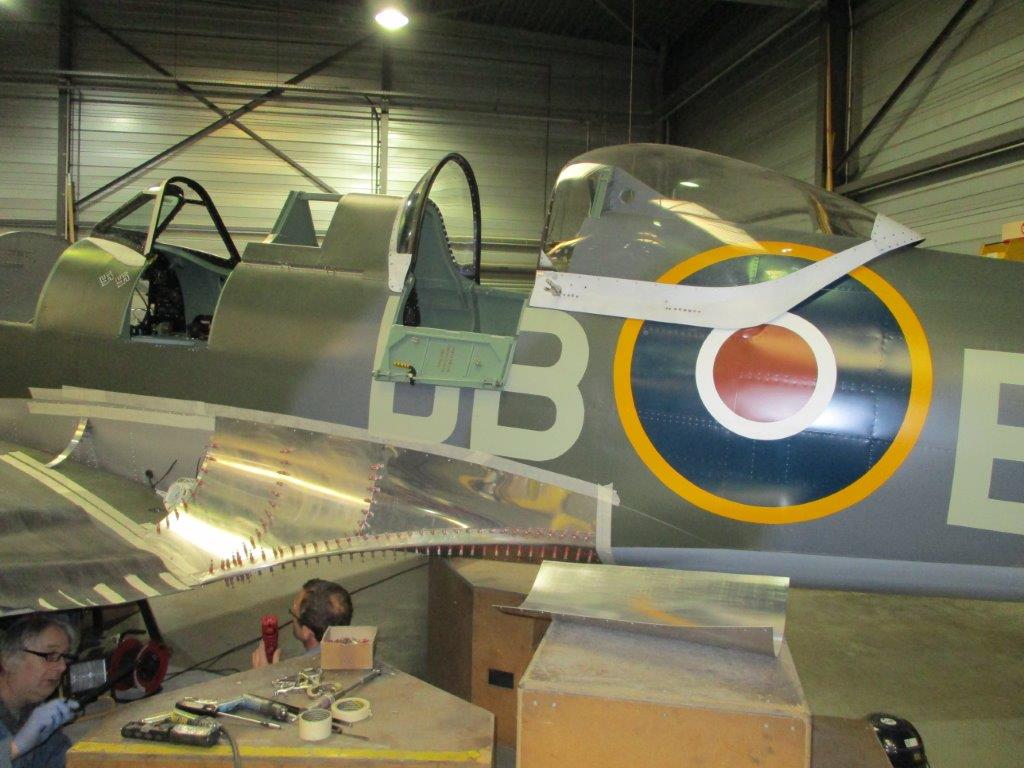 Supermarine Spitfire Restoration update #27. The latest update on the restoration and conversion of the Aero Legends Spitfire NH341.

Both wing tips have now been finished, painted and fitted. The ailerons have been painted and are being fitted.

Cowling rail brackets and details continue to be made. Stbd upper fillet fairings are complete and the port side is in work. The port rear fillet is slightly more complicated than standard as it houses the step and sprung loaded flap for the rear cockpit. The front and rear canopies are complete and await sealing and painting.

Radiators and axles should be fitted. Cowlings will be being assembled. Engine bay systems will be finished. Radios and transponder will be fitted.

Supermarine Spitfire NH341 was built at Castle Bromwich as a Spitfire Low Level Fighter (LFIXE) and delivered to 8 MU on the 28th April 1944. It was sent to Miles Aircraft for modifications to be fitted before delivery to 411 (Grizzly Bear) squadron RCAF on 22nd June 1944. This was the only squadron NH341 served with and was flown by several pilots the most notable use of NH341 was in the hands of Flt Lt Hugh Charles Trainor who gained his third kill in 48 hours on 29th June 1944 when he downed an ME109 five miles West of Caen whilst flying her. Flt Lt Trainor destroyed another BF109 on the evening of 30th June 1944 over Thury Hurcourt, again in NH341. Flt Lt Trainor gained ace status later flying another Supermarine Spitfire when he destroyed two more BF109s in a single flight on the 4th July, this was after NH341 had been lost on the 2nd July whilst being flown by Warrant Officer James “Jimmy” Jeffrey who escaped unscathed after tangling with FW190s South East of Caen.

The Aero Legends Supermarine Spitfire restoration NH341 project and conversion to a dual cockpit T9 version is by the experts at Historic Flying Ltd (HFL), Duxford.