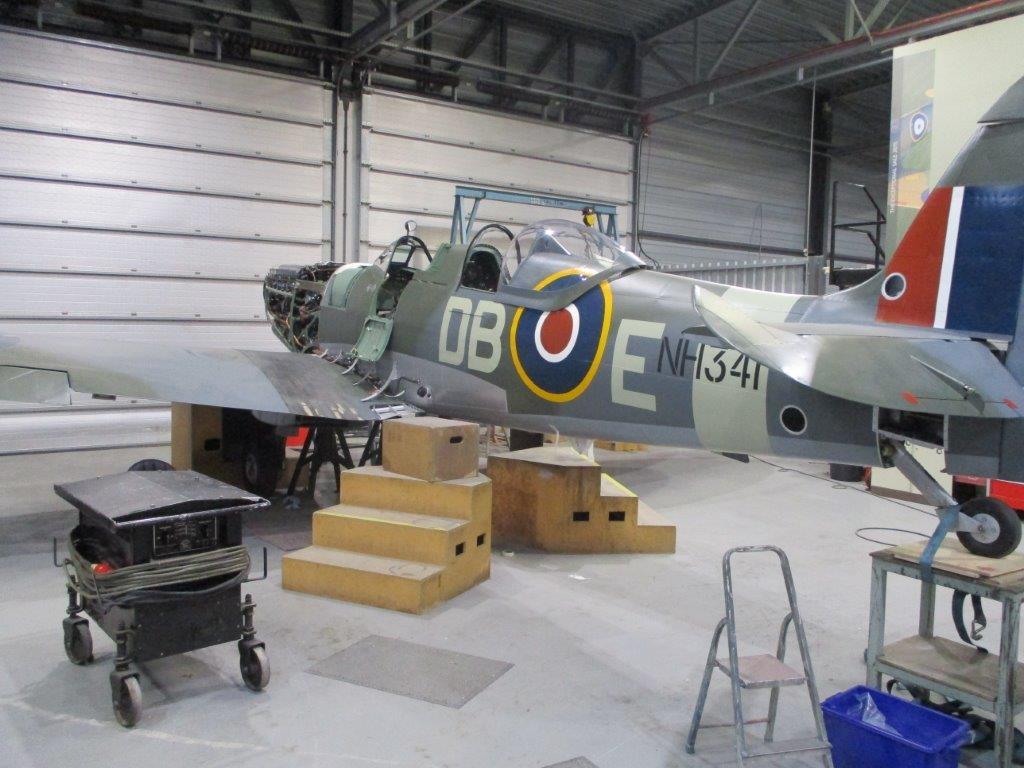 The engine cowlings are now well under way. The top and side cowls are nearing completion. The chin cowl is awaiting the fitting of the air filter box before it can be started. One radiator fairing is now finished and fitted. The port fairing is in work.

All systems checks have now been completed. The fuel transfer system has been successfully tested along with the radio and intercom.
The air filter box has now been finished and awaits fitting.
Final rigging and inspections of the primary flying control systems are yet to be carried out. The last few cockpit placards are still to be fitted
The camera system is yet to be installed but should arrive within a week once ordered.
Initial CAA inspections will be carried out this week.

Aircraft will be finished and ready for weighing!

The Spitfire Mk IX NH341 restoration is approaching completion. Here is some history about her.
She was built at Castle Bromwich as a Spitfire Low Level Fighter (LFIXE) and delivered to 8 MU on the 28th April 1944. She was sent to Miles Aircraft for modifications to be fitted before delivery to 411 (Grizzly Bear) squadron RCAF on 22nd June 1944. This was the only squadron NH341 served with and was flown by several pilots the most notable use of NH341 was in the hands of Flt Lt Hugh Charles Trainor who gained his third kill in 48 hours on 29th June 1944 when he downed an ME109 five miles West of Caen whilst flying her. Flt Lt Trainor destroyed another BF109 on the evening of 30th June 1944 over Thury Hurcourt, again in NH341. Flt Lt Trainor gained ace status later flying another World War 2 Spitfire when he destroyed two more BF109s in a single flight on the 4th July, this was after NH341 had been lost on the 2nd July whilst being flown by Warrant Officer James “Jimmy” Jeffrey who escaped unscathed after tangling with FW190s South East of Caen.

The Spitfire Mk IX NH341 restoration and its conversion to a dual cockpit T9 version is being undertaken by the experts at Historic Flying Ltd (HFL), Duxford.