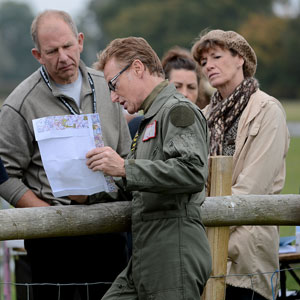 Flt Lt Antony Parkinson MBE, known as Parky, joined the RAF at the age of 18. He became the first pilot to gain 1000 hours flying the Euro Fighter Typhoon and has also flown over 1000 hours on the F4 Phantom and the Tornado F3 for which he was the display pilot in 2000 before joining the Red Arrows for the 2001 to 2004 seasons flying the Hawk. Parky also flew the F16 for 3 years with the Royal Netherlands Air Force and has over 6500 flying hours in total. Parky has been flying with the Battle of Britain Memorial Flight since 2007 as the Operations Officer and one of the fighter pilots. Flt Lt Antony Parkinson was awarded an MBE in recognition for his work on the Typhoon and Battle of Britain Memorial Flight. Parky is now the Chief Pilot for all Spitfire Operations with Aero Legends. 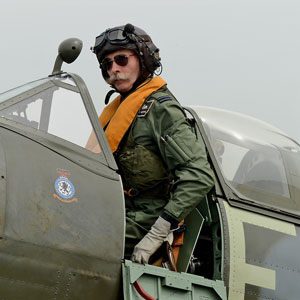 Flt Lt Charlie Brown joined the RAF in 1981 and in his 30 year flying career as an RAF pilot has flown the Tornado GR1, Jet Provost, Chipmunk, Bulldog, Tucano, Firefly and Tutor. Charlie is currently stationed at RAF Cranwell in Lincolnshire and is a member of the Central Flying School Examining Wing. In his spare time he is also the Chief Flying Instructor at the RAF Cranwell Flying Club. In 2014 Charlie reached 1000 flying hours in Spitfires, which he described as ‘a real privilege’. For many years he has been a regular participant at Duxford air shows. He is a highly experienced Spitfire display pilot. Charlie is now the Head of Training with Aero Legends. 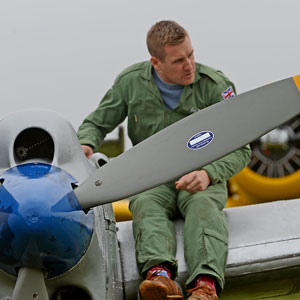 Jez started flight training in 2005 at Stapleford, he then went on to gain his commercial licence again at Stapleford. During July 2007 Jez started flying with Foto Flite based at Headcorn flying PA 34s conducting low level photographic operations over the North Sea, English Channel and the Baltic region usually at about 150′. In addition Jez completed an instructor’s course at Stapleford and began teaching at Lydd and Headcorn. During November 2007 Jez began started his first airline job with Blue Panorama based in Milan Malpensa on the Boeing 767/300. Returning to the UK early in 2008, Jez started flying with Silverjet, again on the Boeing 767. Since then Jez has flown for Excel Airlines and Astraeus with spells of instructing at Headcorn in between. He also gained a display authorisation. Jez currently flies for Foto Flite and Sky Dive at Headcorn in addition to flying the Tiger Moth for Aero Legends whilst waiting to start his next airline job. When not flying Jez likes flying model aircraft and restoring old aircraft and vehicles. Now flying with Aero Legends. 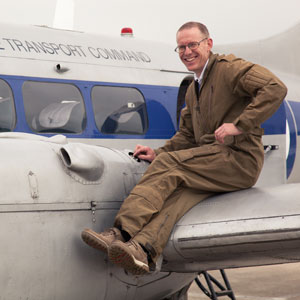 Gordon started flying at 15 with Kent Gliding Club at Challock. As a principled teenager he swore blind he would never fly powered aeroplanes but on turning 20 was seduced by the heady smell of the cockpit of a Piper Cub glider tug and decided the time had come to get his hands oily. He completed his private licence in the Cub at Clacton then gained further flying experience with the Navy Gliding Club at Lee on Solent, working as a gliding instructor and tow-plane pilot. During this time he gained a place on an airline sponsorship scheme which enabled him to gain professional licences. Airline flying was not for him however and he decided to follow a career in general aviation where there appeared to be more opportunities for exploring interesting destinations and dining out at good restaurants . He has enjoyed a huge variety of interesting jobs as a freelance commercial pilot including such highlights as instructing in the T-6 and Yak 52, flying radio relay over London during the Olympics, and regular involvement in the survey of seal colonies around the Scottish Islands. Flying the Devon for Aero Legends is a fantastic addition to the portfolio. Now flying with Aero Legends. 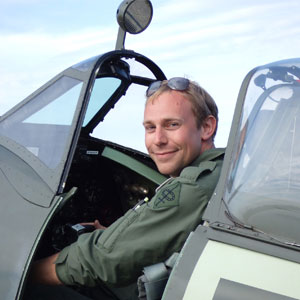 Sam has been fascinated with all things aviation since an early age having grown up close to the famous Battle of Britain fighter station – RAF Biggin Hill. He started learning to fly aged 15, went on to study Aeronautical Engineering at university then joined British Airways as a pilot. He has flown Boeing 737, 777, 787 aircraft and is currently a Captain, instructor and examiner on the the Airbus A320. He is an active display pilot with a love of flying vintage aircraft, particularly the warbirds. He was part of Great Britain’s Yak-52 World Aerobatic Championship team and raced the Formula 1 aircraft “Miss USA” at the National Championships in Reno. He has also had the honour of being chosen to fly Her Majesty the Queen and in the process set the world record for the longest ever commercial flight, flying non-stop between Perth in Western Australia and London. He has amassed over 11,000 hours flying experience in 50 different types, his favourite of which is the Spitfire. “As an Englishman for it to be anything else would be treason!” he explained. Sam says that he is excited to be flying for Aerolegends “Their diverse collection of historically significant aircraft, all of which are accessible to the public, make sharing the wonder of flight and the incredible history of our aircraft an extremely rewarding experience”. Now flying with Aero Legends. 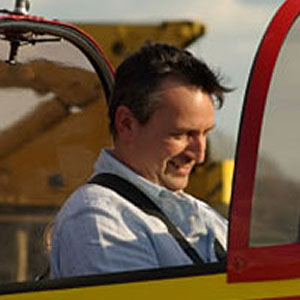 Gavin has been flying for 30 years, 20 of which have been in commercial aviation, Gavin has flown around 70 different types of aircraft with over 11000 hours flying time. His past experience includes gliding and glider towing, pleasure flying and parachute dropping, along with teaching for the Private Pilots Licence and conversion training on to tail wheel aircraft. With a passion for flying at all levels Gavin has a particular interest in instructing and also in aerobatics for which he holds a Display Authorisation. Aside from General Aviation, Gavin is a captain for a major European carrier and enjoys the mix of professional commercial flying with the more “grass roots” aviation in aeroplanes such as the Tiger Moth. Now flying with Aero Legends. 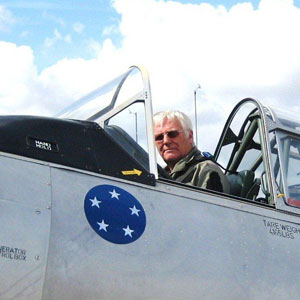 Bob learned to fly at age 17 through an RAF Scholarship. He then joined the RAF as a pilot, flying operational tours on Canberra and Nimrod aircraft as well as graduating from the Central Flying School as a flying instructor. On leaving, he joined Monarch Airlines flying Boeing 757 and Airbus 320/1 aircraft. He is also a flight examiner and has nearly 21,000 flying hours. Now flying with Aero Legends. 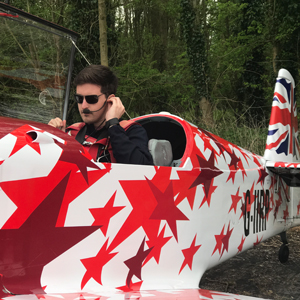 Michael started flying at a very young age being inspired by his father. Winning his first aerobatic competition at just fourteen years old, Michael went on to become the youngest person ever to be awarded a CAA Display Authorisation for display flying. At the age of twenty three he became the youngest ever British Advanced National Aerobatic Champion and today is the youngest Unlimited Level aerobatic pilot in Europe, aged twenty six. Michael is still a very active display pilot and has performed all over the world as a solo display and as part of a formation aerobatic team. Michael is equally passionate about vintage aircraft and flying warbirds, ever since doing his Private Pilots License on a Bucker Jungmann. “Flying for Aero Legends is a great way to share historic aircraft with the pubic and give them an experience they will never forget.”
Michael has flown over fifty different aircraft types ranging from gliders to airliners and is an active Commercial Pilot on the Boeing 757/767. Now flying with Aero Legends.