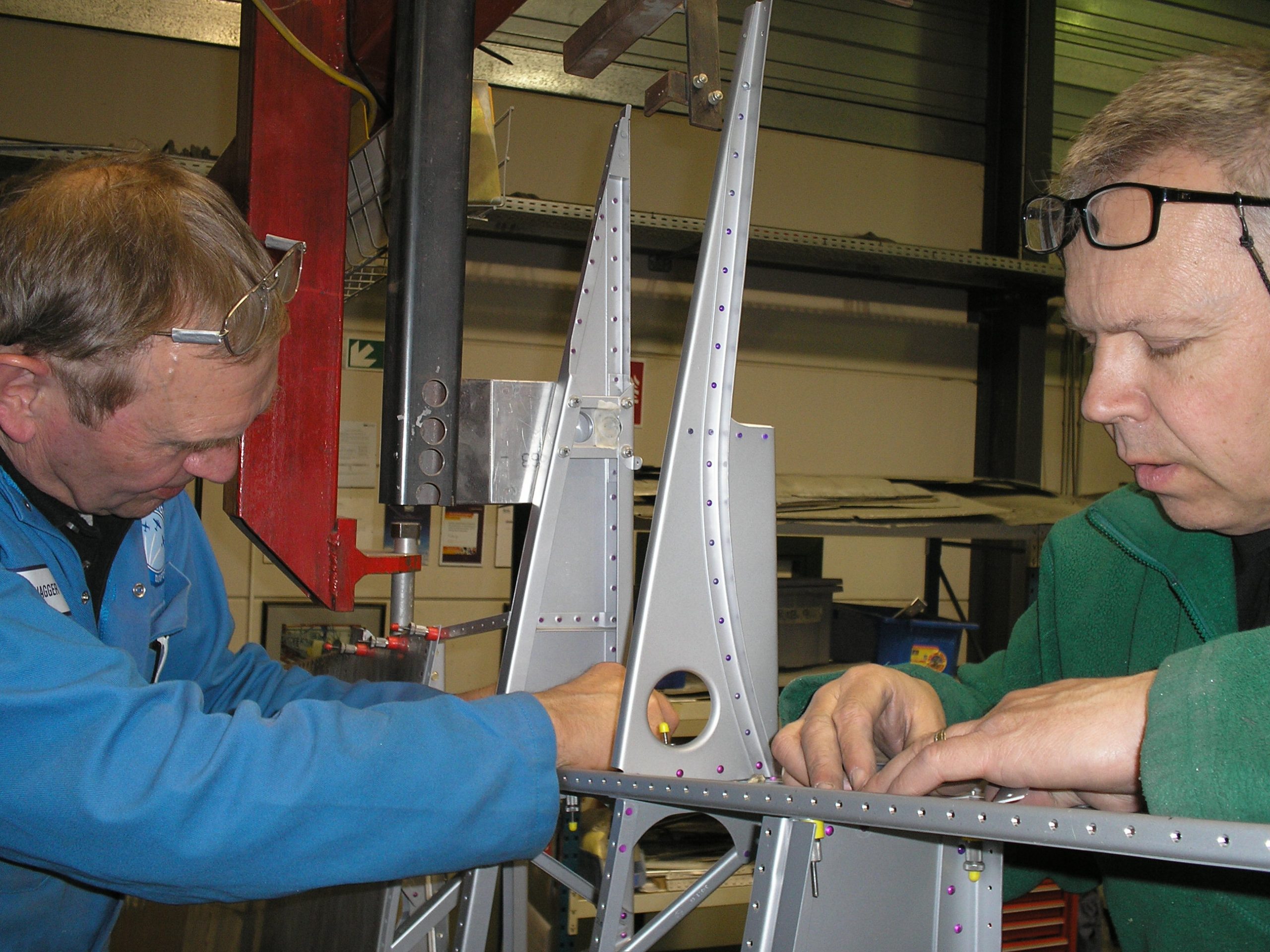 Read the May Spitfire Restoration update of the Aero Legends Spitfire NH341 which is being restored and converted to a dual cockpit T9 version.

The outboard wing areas have cleared inspection and the upper and lower skins have been riveted in place. Various brackets for wiring conduit and pitot static pipes have been fitted. Trailing edge construction has begun with some of the painted ribs being installed.

The forward cockpit door has been assembled and the rear is currently in the paint shop. The external paint has now been matched to an acceptable standard and is expected in 3 weeks.

The rear instrument panel has now been fitted along with the rear fuel cock selector. The air system bottles have been fitted and the pipework to the triple gauges is being installed. Both control columns have been painted and assembled. The chain guards are also finished. The main fuse box panel is under construction and the voltage regulator and fuel pump suppressor have been installed.

All engine ancillaries have now been fitted and the engine is ready to be installed when the time comes.

Trailing edge assembly will continue.
Systems installation will continue and the fuel tank will be finished and painted.
Cockpit doors will be fitted.
The tail unit will be prepped for paint.

The Aero Legends Spitfire restoration NH341 project and conversion to a dual cockpit T9 version is by the experts at Historic Flying Ltd (HFL), Duxford.