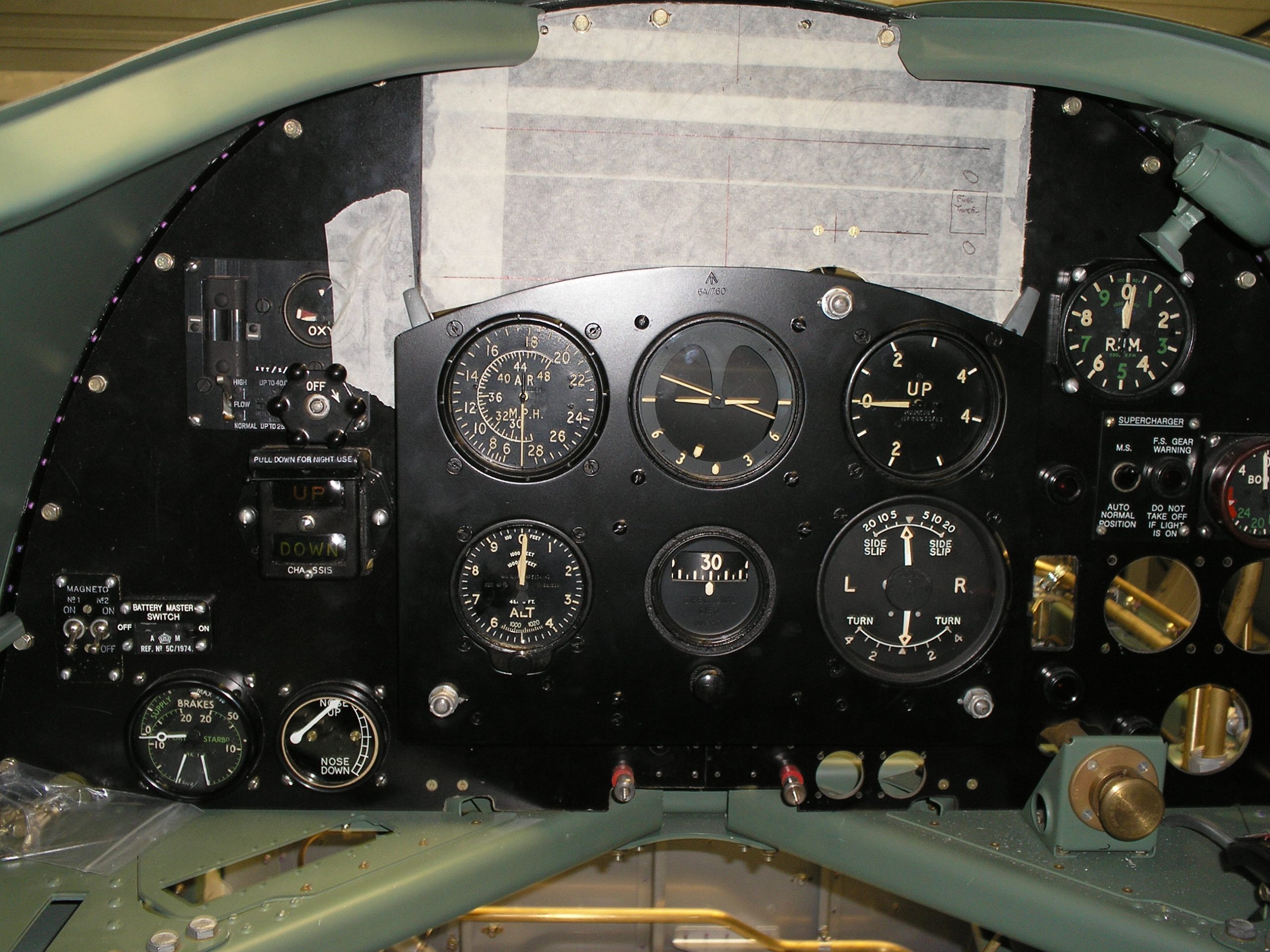 Read the April restoration update of the Aero Legends Spitfire NH341 which is being restored and converted to a dual cockpit T9 version.

All the fuselage skins have now been fitted. The cockpit doors will be started next.

The throttle boxes have been completed and are now fitted. The rear fuel tank selector has been finished and awaits fitting. The front blind flying panel has been trial fitted and the instrument upper panel blank has been made. The transponder and twin radios will be fitted in this panel along with the fuel transfer control. The perspex eyebrow panel for the front screen has been formed.

The compressor and hydraulic pumps complete with drives have now been fitted to the engine.

Outboard wing skins will be riveted on. Systems installation will continue. Rear instrument panel will be fitted. Cockpit doors will be finished. All paint match samples will have arrived and the final paint ordered.

The Aero Legends Spitfire NH341 restoration and conversion to a dual cockpit T9 version is by the experts at Historic Flying Ltd (HFL), Duxford.