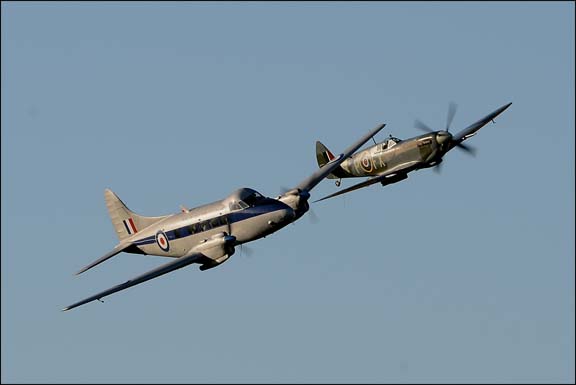 In the Air
Soon after take-off you will be thrilled as the Spitfire draws alongside. Now you are flying in the very airspace where some of the most intense battles were fought. The sight of the Spitfire being put through its paces takes your breath away and your heart races as you imagine the emotions of the pilots in ‘the long hot summer of 1940’.