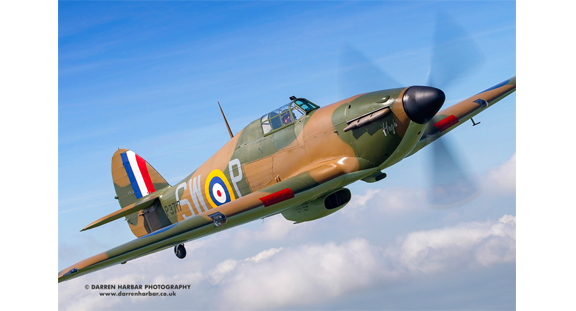 At the air to air photography workshop, you will receive a presentation on how to get the best use out of your camera for capturing air to air images, this will include camera settings and special techniques used by the best in the aviation photography world. During the workshop you will also receive a talk by Darren Harbar on his extensive catalogue of air to air images with warbirds, and the stories behind them. Having listened to Darren’s own experiences and techniques, you’ll be given the training that will enable you to capture your own images of the chosen subject(s) for the day.

The Aircraft In The Air

With the training done, you’ll be briefed on a dedicated photo sortie that Darren and the pilots have carefully put together in order to maximise the photographic opportunities. You’ll then board the historic de Havilland Devon (Subject to serviceability on the event day) with its panoramic clear windows that will give you a great shooting vista. Soon after take-off you will be joined by the Spitfire and Hurricane as they draw alongside. During the flight, the subject aircraft will follow a tightly choreographed brief that enables both sides of the aircraft to get the same types of images in a range of inside and outside turns. Darren will be on-board the Devon in radio contact with all pilots to ensure the subject aircraft are in the best positions for you to get the ultimate images and make the most of your day. You’ll conclude with a debrief and a chance to ask any questions.

The Aircraft
We fly our Spitfire And Hurricane Dual Fighter Aviation Photography Workshop guests in an ex-RAF 1946 de Havilland Devon (Subject to serviceability on the event day), famously used by Air Chief Marshall Sir Basil Embry as his personal transport during his time as Commander Of Allied Forces, Central Europe. In 1985 the aircraft joined the Battle Of Britain Memorial Flight (BBMF) at RAF Coningsby, where the aircraft was used as a crew transport in support of the BBMF Lancaster, Spitfires and Hurricanes. The Devon and its non-military sister the Dove were exceptionally successful, proving reliable and economical in service. They became one of the best selling British aircraft of the 1950’s. The Devon is a comfortable aircraft inside, with roomy seats and large panoramic windows. There are excellent photo opportunities of both the Spitfire and Hurricane.

Spitfire and Hurricane photography shoot
After each flight our passengers have the opportunity to walk from their aircraft to view the iconic aircraft at close quarters, and take those very special close up photographs. Each passenger will receive an aircraft squadron print, which you can ask the pilot to sign if you wish.