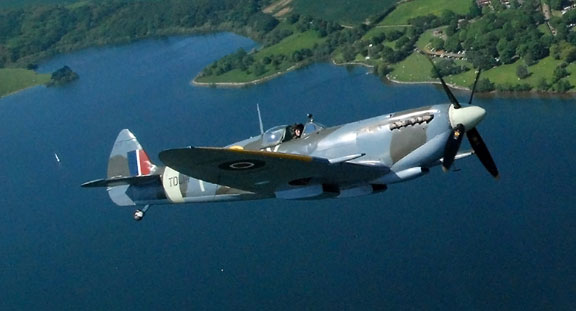 Arrival
Aero Legends staff greet you at the Aero Legends main reception and proceed with your check-in. Sywell Aerodrome has free parking and good facilities. We encourage your family and friends to savour the atmosphere and share your day in the extensive viewing areas, cafe, bar and the fascinating Sywell Aviation Museum. You should consider a night at the superb 54 room Aviator Hotel with restaurant and bar, situated just a walk away from the event, within the airport.

Your Aircraft
We fly our guests in an ex-RAF 1946 de Havilland Devon (Subject to serviceability on the event day), famously used by Air Chief Marshall Sir Basil Embry as his personal transport during his time as Commander Of Allied Forces, Central Europe. In 1985 the aircraft joined the Battle Of Britain Memorial Flight (BBMF) at RAF Coningsby, where the aircraft was used as a crew transport in support of the BBMF Lancaster, Spitfires and Hurricanes. The Devon and its non-military sister the Dove were exceptionally successful, proving reliable and economical in service. They became one of the best selling British aircraft of the 1950’s. The Devon is a comfortable aircraft inside, with roomy seats and large panoramic windows. There are excellent photo opportunities.

In the Air
Soon after take-off you will be thrilled as the Spitfire draws alongside. The sight of the Spitfire being put through its paces takes your breath away and your heart races as you imagine the emotions of the Battle of Britain pilots in ‘the long hot summer of 1940’. The backdrop is the beautiful, scenic and historically important Eyebrook Reservoir and the surrounding countryside. The Dambusters Raids were to change the course of the Second World War, and Eyebrook Reservoir played a vital role in the operation. The concept was the brainchild of Professor Barnes Wallis who worked out that the only way to breach the dams was to place a large charge against the dam wall, 30 feet below the water. The new weapon, which became known as the “bouncing bomb”, was revolutionary, and so was the way it had to be dropped. A number of reservoirs across England and Wales and stretches of coastline were used for low flying practice over water – and one of the practice sites was the Eyebrook Reservoir dam. On the night of May 16, 1943, 19 Lancasters from 617 Squadron left their base at RAF Scampton, Lincolnshire, to attack western Germany’s great dams in the Ruhr Valley. The Mohne and Eder dams were breached, and the Sorpe damaged by 617 Squadron. It was a feat that fired the imagination of the nation, and continues to do so to this day, but it came at a price as eight of the aircraft did not make it back. Your vintage RAF flight with a Spitfire experience is the perfect tribute to them.

Terms & Conditions
Flights can take place in both fixed wing and rotary aircraft, and we reserve the right to use one type or the other for the purposes of providing our customers with a photographic platform from which to view, observe, photograph or film the accompanied aircraft. We reserve the right to deliver your flight with any Spitfire, in any authorised passenger aircraft suitable and serviceable for the purpose on your event date, to any location should weather or circumstances not permit flight to your chosen destination. For a full list of Terms & Conditions Tours Terms-and-Conditions, Cancellation Terms-and-Conditions, General Terms-and-Conditions