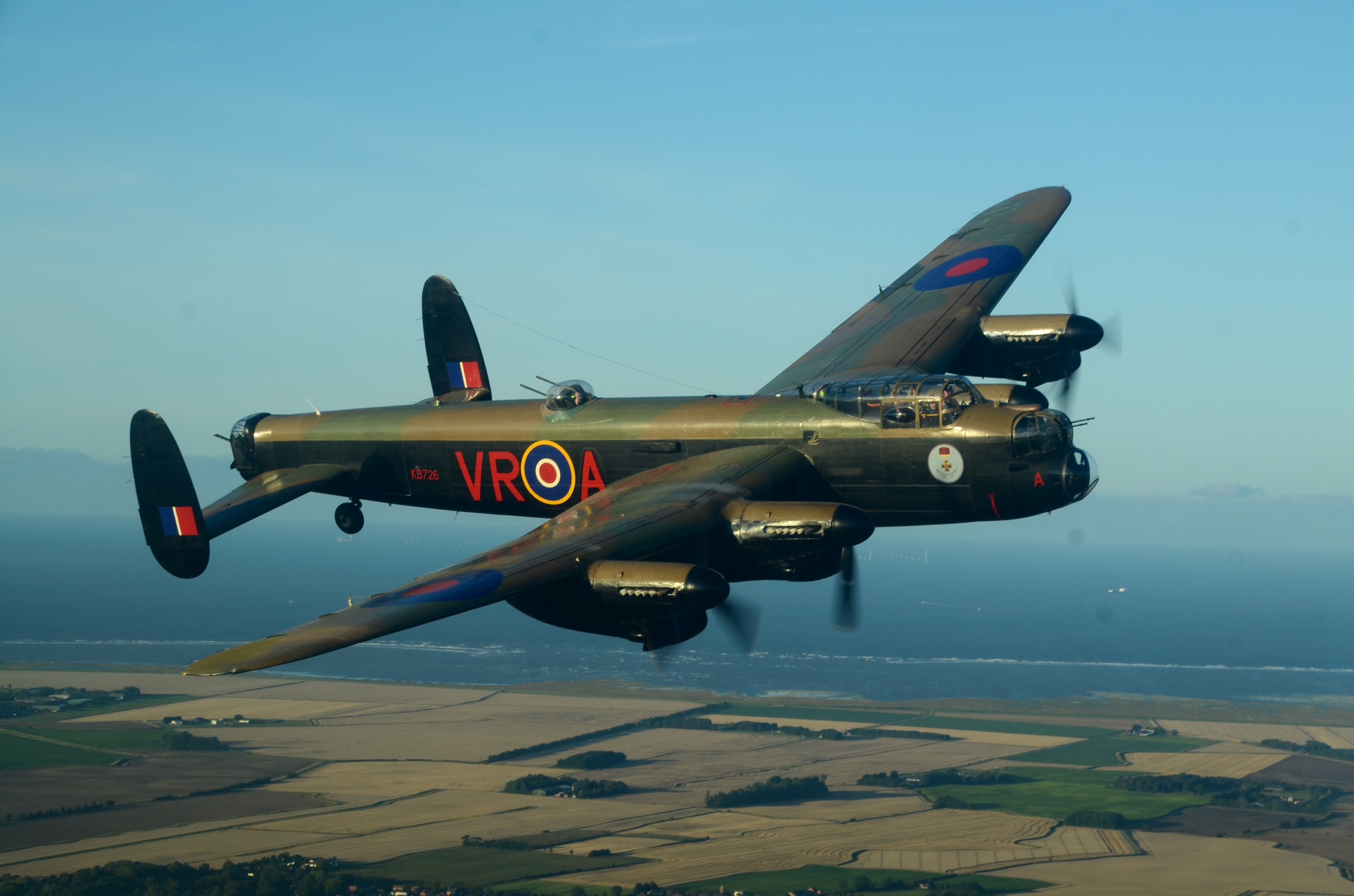 For the first time in 50 years, two Avro Lancaster Bombers will be seen together in the air this summer. There are just two of these magnificent planes still flying: one belongs to the RAF Battle of Britain Memorial Flight (BBMF) and the other to the Canadian Warplane Heritage Museum.

This summer, the Canadian Bomber, tail registration, C-GVRA (nickname Vera) is coming on a UK tour, and will fly with the BBMF Lancaster (nickname Thumper) in the skies over Britain. The two Lancaster Bombers will be taking part in air displays and flypasts, giving you a unique opportunity to see these historic aircraft in various locations across the UK.

The AVRO Lancaster
The Lancaster was Avro’s opportunity to rise out of the ashes like a phoenix after the failure that was the Manchester. The prototype first flew in January 1941, and the first production Lancaster I took to the skies on 31st October 1941. The planes were powered by four 1,145 hp Rolls-Royce Merlin Xs.

The Lancasters are most well known for their night offensives over Germany during World War II. They were involved in both high-risk and more mundane duties, from low-level raids on dams to laying mines. Over 7,000 aircraft were built, but only two airworthy examples remain.

The Canadian Lancaster coming over on tour is a Mk. X. It was built in Canada under licence in July 1945 and served in the Royal Canadian Air Force (RCAF) until 1963 as a maritime patrol aircraft. The Bomber was then restored before taking back to the air on 24th September 1988.

C-GVRA is dedicated to the memory of Pilot Officer Andrew Mynarski, who was awarded the Victoria Cross for his bravery on 13th June 1944. It is painted in the colours of his aircraft, KB726 – VR-A, which is why the Lancaster has the nickname Vera.

Attention enthusiasts!
Summer 2014 is your chance in a lifetime opportunity to see both Lancasters in the air together. Seeing these planes from the ground is a wonderful experience, but why settle for this when you can go one step further?

This August, we are offering you the chance to fly with a Lancaster. At Humberside Airport you can take a unique flight with one of the only two airworthy Lancasters in the world. This is a never to be repeated experience, which will give you spectacular close up air to air photo opportunities. The Lancaster will manoeuvre around the observer aircraft giving passengers superb all round views.

The experience also includes a hosted tour of the aircraft and the opportunity to meet the crew who flew her from Canada.

This exclusive event is only open to ticket holders. Have you booked yet? Don’t miss out on this once of a lifetime opportunity. Book now!

Saturday 16th August
The Lancasters have a busy day today. They’re appearing at the Eastbourne International Airshow and the Combined Ops Show in Headcorn, Kent, as well as flying past Littlestone, Kent. In the evening, the Lancasters will both take part in a display as part of the Flying Proms at Shuttleworth. This is a fantastic airshow that is set to classical music.

Thursday 21st August
Today, Thumper and Vera are visiting RAF Waddington, where there will be a Park And View Enclosure (PAVE) to give members of the public the chance to view them from a safe distance. The aircraft will then be doing a display at RAF Marham, flying past Wattisham (Suffolk) and appearing at Clacton Air Show.

Friday 22nd August
A relatively quiet day today, both Lancasters will only be appearing at Clacton Air Show in Essex.

Monday 25th August
It’s a rest day for Vera and Thumper today. They are old ladies who need regular maintenance. Both Lancasters will be at the BBMF where guided tours are available to a limited number of visitors.

Thursday 28th August
Today is headed to Durham Tees Valley Airport that was once RAF Middleton St. George. This base was home to Andrew Mynarski’s 419 RCAF Squadron during World War II so it’s fitting that his namesake aircraft visit.

Saturday 30th August
The planes are down on the south coast today with displays at both Bournemouth Air Festival and Shoreham Airshow.

Sunday 31st August
Both Lancasters are appearing once again at Bournemouth Air Festival and Shoreham Airshow before flypasts at Milton Keynes (Buckinghamshire), and Gedling (Nottinghamshire).