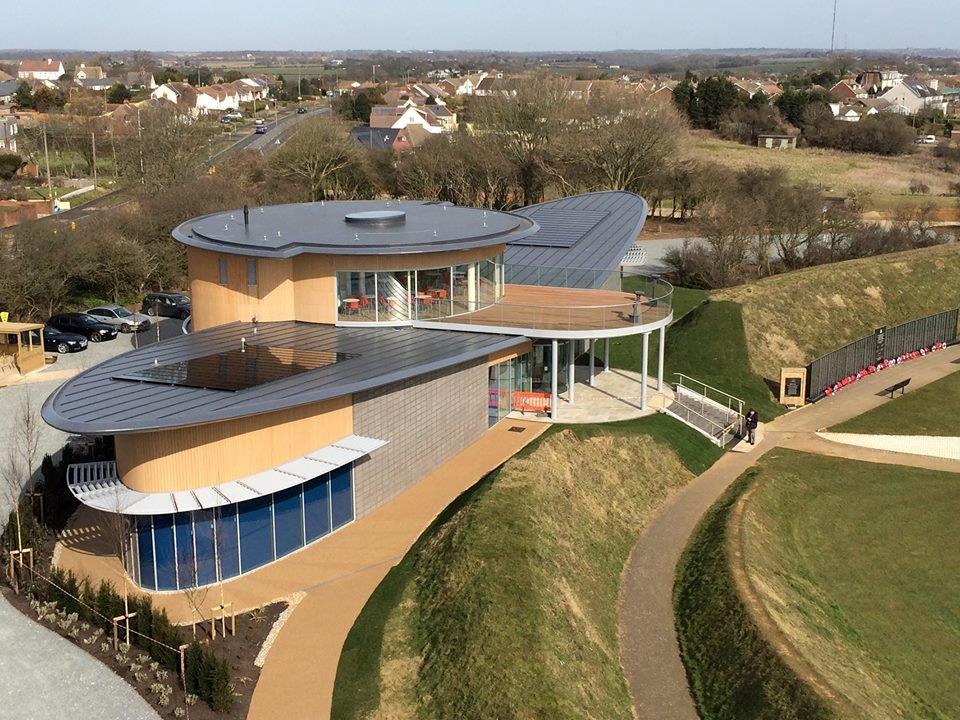 As we enter spring at the National Memorial to the Few at Capel-le-Ferne, trustees, supporters and the people of Kent know that this summer will be one of the most exciting yet.

On the 26th March we will see the opening of the new visitor centre built by the Battle of Britain Memorial Trust at this increasingly-popular place of pilgrimage. The opening will be attended by The Queen, accompanied by His Royal Highness The Duke of Edinburgh, following Her Late Majesty Queen Elizabeth The Queen Mother, who unveiled the Memorial at Capel-le-Ferne on 9 July, 1993.

The Wing, built at a cost of just under £4m with no public funding, will include a high-tech visitor experience alongside a purpose-built learning centre, a shop and a first-floor café.

It was the vision of founder Steve Burt to have regular flights over the Memorial to the Few, by both a Spitfire and Hurricane to ensure that the memory of those that flew and fought in this epic air battle were never forgotten. The sight and sound of these magnificent aircraft seems to embody the fighting spirit the British people of the time, and perhaps that’s why whenever one of these Merlin engined fighters flies overhead, those within earshot simply stand and look skywards and stare in admiration.

Over the past five years Action Stations has flown over four thousand people , and many of those have flown over the Memorial , whilst their friends and family have watched from this iconic clifftop site. Our flights have become a star attraction to the Memorial, drawing crowds of enthusiasts and well-wishers, who in turn have made donations and of course frequented the shop and teabar, raising more funds for the Trust.

Now in 2015, fliers with Action Stations will be amongst the first to see the magnificent Wing building from the air on their Memorial flights with the Spitfire. And once overhead they will see how faithfully the architects have replicated the elliptical shape of the Spitfire wing- for the roof has been designed exactly in that shape.
In fact Steve has an open competition for his customers to take a photograph of the Spitfire passing over the building, to see if the architects really did get it right!

The Action Stations Team is very proud to be associated with the Wing building and all it stands for, and looks forward to another season flying their customers in support of the Battle of Britain Memorial Trust. To support this excellent cause, and to enjoy a flight with the Spitfire, Hurricane (or both!) call 01227 721929 and book your flight this summer. There will not be a better time to fly than 2015 – the 75th Anniversary of the Battle of Britain.